Elizabeth is an entrepreneurial leader, business owner, and proven visionary. After many years of owning and operating businesses, being the CEO and a Certified Practitioner for Weiss Method USA is her dream job. And as a Certified Life Coach, she can better understand how to help others reach their highest potential by overcoming the impediments that hold them back.

Elizabeth grew up in the Portland, Maine area and has resettled there with her husband Trevor after spending 25 years away. In her spare time, she enjoys gardening, walking, and hiking. She loves to be outside in the elements and is always enthralled by the beauty of the natural world.

Trevor Barry has been interested in human energy systems for over 35 years, combining a successful career as an IT consultant with many years studying Tai Chi and Qigong. He has taught many people to feel and work with their own internal energy and believes that everyone should be able to remove the blockages that prevent them from manifesting their natural talents and abilities.

Originally from England, Trevor now lives in Maine with his wife Elizabeth where they are pioneering the Weiss Method together. 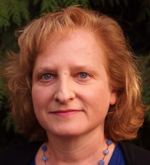 For the past 30+ years, Jill’s hope, care, and dedication in helping people find their best selves has inspired her to explore and teach new ways of balancing the mind and body. She’s led workshops for reducing stress using movement, meditation, and simple yet powerful exercises.

As a Certified Practitioner for Weiss Method USA, Jill continues to use her skills, experience, and inspiration to help others. She lives near Seattle, Washington, and enjoys playing tennis, scuba diving, and hiking with her husband Kimber. 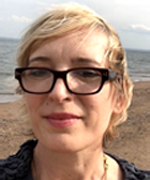 Caroline has been a healthcare practitioner for over 23 years. Her specialty is in Energy and Vibrational Medicine. She holds an associate degree in massage therapy from the Swedish Institute and an M.S. in acupuncture from the Tristate College of Acupuncture.

Caroline is a member of the Well Being Sciences®, researching new forms of healing. All of her experience has lead her to become a Weiss Method Certified Practitioner. She believes that this technique, which frees people of their unwanted addictions, is greatly needed in this world. 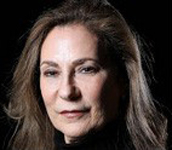 Lisa has been exploring energy and healing since she was a young girl. In 2000, she became a Reiki Master, and in 2004 she opened a fitness and treatment center in Boca Raton, FL, where she offers clients a diverse choice of fitness, Pilates, meditation, energy balancing, and weight loss programs. As a Certified Life Coach, Lisa supports each person she works with to live their best life possible. Lisa also devotes much of her time to mentoring young women in several countries.

Lisa is very pleased to help the Weiss Method USA team bring this wonderful process of re-balance to people in the United States. She is happy to contribute her 30 years of experience in the marketing and PR field to the Weiss Method USA table. Dividing her time between NYC and Miami, Lisa will bring her love of energy and optimum health wherever she is.

Founder of the Weiss Institute and Weiss Method

In 1980, Amir traveled to South America to research ancient cultures and live with an isolated tribe deep in the Ecuadorian jungle. There, he met a variety of spiritual healers and had his first experiences with natural healing methods, energy fields, and electromagnetic processes in the human body.

In 1983, he began studies at Jerusalem University, majoring in crystallography, biology, and philosophy at the Faculty of Geo-sciences. It was while residing in Israel in 1986 and practicing bioenergetic healing methods that Amir developed the “Weiss Method,” an innovative approach to combating unwanted habits and addictions.

Amir has personally helped over 10,000 people. He has also trained a select few who now work in their respective countries as Certified Weiss Method Practitioners. Together they have helped thousands more use Weiss Method to overcome addictions and compulsive habits in England, Ireland, Canada, Australia, Germany, Belgium, Holland, Israel, and the United States.

We use cookies to ensure that we give you the best experience on our website. If you continue to use this site we will assume that you are happy with it.Ok